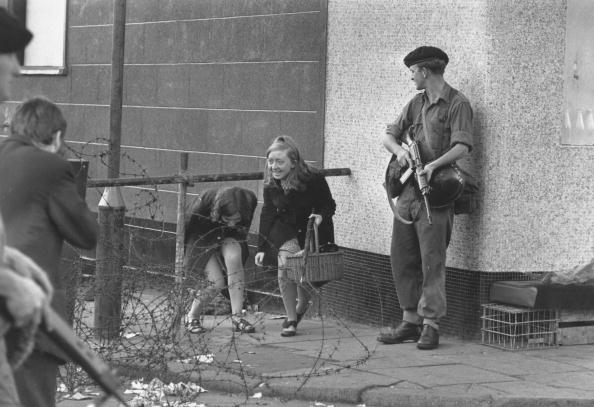 Alison’s current research looks at ‘Love across the Divide’ in literature and culture from the north of Ireland from 1968-present. Such texts form part of a long history of depicting Ireland’s difficult relationship with Britain as a frustrated and dangerous romance between lovers from ‘opposing sides’. After the Partition of the island, and again in the latter decades of the twentieth century, as the euphemistically named ‘Troubles’ escalated in violence and terror, these types of stories became increasingly common.

Looking at a range of poems, novels, plays, films and TV programmes, this project asks why the trope is so prevalent; how we might understand it; and why no one has taken these love stories seriously before now. As we approach the centenary of Partition and the prospect of a return to a post-Brexit hard border, these questions are more timely and urgent than ever. Learn more here.

In conjunction with BBC NI, Alison has put together a short series of programmes using archival footage on four novels about forbidden love. Have a look here.

This project has received funding from the European Union’s Horizon 2020 research and innovation programme under the Marie Sklodowska-Curie grant agreement No 797433.